“There exists a beautiful skin underneath always, no matter how badly infected your skin is with acne sores”. By Anonymous 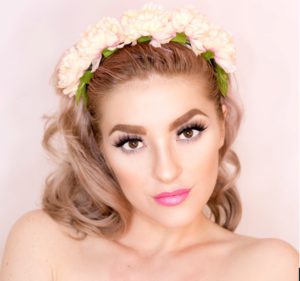 What is the diet for acne that can help unveil the healthy and beautiful architecture of your skin? Is there really one!

Does it sound bizarre that diet could banish acne? Doesn’t the concept of diet cure acne sound as disturbing as acne?

The simple reason I am thinking these questions is due to the fact that the cost of acne treatment in America far exceeds 3 billion dollars. Just to let you aware of the fact that 50 million Americans are suffering from this depressing skin disorder.

Is it not a fact that if a clearly defined diet would be there for curing acne then this cost will drastically plummet? Certainly, diet will be a lot cheaper and pervasive way to go for acne free skin.

I went through rigorous research to find whether our diet has a role and how big is a diet in regard to acne prevalence and cure.

Let’s delve in and find it out!

Based on the causes of acne, it is logical to comprehend that the repertoire of a preferred acne free diet will be an assemblage of food with no hormone or precursor, eliminating inflammation, rich in anti-oxidant, food that modulate immunity and sustain healthy gut bacteria as the foundation of the diet.

There are researches linking food and prevalence of acne but more research is required (this will be part-2 and the following post). The message from the research community to the world is- “The question of what the impact of diet is on the course of acne vulgaris still remains unclear”. “The jury is out there” and more research is necessary to firm and solidify the association of food with acne.

“The diet can be the cause and cure of acne”.

She was once a victim of acne and has recovered completely without any medication.

The blog will be about her testimonial:

Overview of Appearance and Disappearance of Acne

Let me share you with a testimonial from my niece how she got acne from her diet. I see a connection of diet with acne and personally endorse her testimony.

Around two years back, with all her excitements, my 23-year-old niece moved to a historic tech city (not disclosing the name because people might be sensitive), a city of tech-savvy professionals in India for a 1-year appointment. The better attraction for her was the exotic all spicy and delicious Mughlai food, that the city is famous, known and the food she was craving for. She landed the city of her dream and was very happy starting out there.

After ~6 months or so, her happiness went away with the pimples on her glowing and smooth face. She was virtually panicking when I spoke with her then. It was no wonder. She was in a marriageable age and guys were visiting to see her for an arranged marriage. You can imagine her depressing internal feeling.

She has no family history of pimples and bumps for at least two generations as far as she knows of. The pimples were a nuisance. More importantly, she never saw acne during her puberty. The weather is quite similar in the city she traveled to and where she traveled from. She could not blame it as a cause for this frustrating skin disorder.

She was lucky, in the sense that the appointment was only for 1 year. With her pimple cluttered forehead, she returned to her native place finishing her term in the city. She then lived there which is a small village. Surprisingly, after 3-4 months of staying in the village, her pimples got cleared from her skin.

Now she had to move to Seoul, South Korea to further her education. She took a few days off before flying out and paid a visit to meet her cousin. They ended up eating a lot of fast food for a few days. It was a huge enjoyment for them. But the consequence was bad for my niece.

She got some break out again on her face. This is her second breakout. This time, time was not in her favor to stay home. There was a deadline to arrive in Seoul to start the semester. So she traveled to Seoul to further her education. After a few months at Seoul, her skin got cleared with no pimples (picture of her face before and after is attached at the lower end of this post).

She is been living with her gorgeous acne free skin for the last 8-9 months.

Not everyone living in the aforementioned dream city is suffering from acne.

My niece’s accommodation was in a low-cost dormitory with food included. It was based on her small paying one year lob. That is the most she could afford.

The quality of the food in the dorm was far from what she was craving for. Those Mughlai foods were way expensive and out of reach for her because of the poor budget and could buy only a few times.

The daily diet from the dorm that she gets there comes from ingredients like white rice, vegetable oil with high omega-6 content. Food typically was cooked using a huge amount of hot chili, little peanuts, and tamarind. A minimum amount of lentils and vegetables were used to keep up with the high cost.

The major portion of the breakfast, lunch, and dinner was either boiled white rice or food and snacks made from powdered white rice. She had a bowel movement that was reflective of no fiber. The curries make her eyes and mouth burn because of the huge amount of red-hot chili used in cooking. The weather was extremely hot with no air conditioning. I am mentioning it for clarity but weather probably did not count toward the break out as you will see later.

Acne showed up from nowhere within six months or so under this kind of situation and continued to stay until her 1-year term (thank God! it was just for 1 year) ended.

It was time to say goodbye to the city (now turned to the city of horror! for her). She took the 90-minute flight back home.

She lived in her own house which was in a rural area. The food was mostly coming from the back yard and much care was taken which oil is being used in cooking. The typical food is brown rice, homegrown organic lentils, and vegetables. The family follows a very simple cooking style and use high-quality healthy oil, ghee and with healthy spices. Fish, chicken, and eggs were used a few times in a week but they are organic.

Acne mostly disappeared and appeared again when she visited her cousin and enjoyed the time with a huge amount of fast food.

Then she had to move to Seoul, South Korea to further her career. She lived there entirely with a different version of foods-it is lots of greens, kimchi, grilled chicken, not oily and spicy etc. In a few months, he got back her healthy and pimple free skin.

The ultimate and very useful information is she could reverse her situation swapping her high GI and more inflammatory Omega-6 diet to a healthier version of food: low GI brown rice, oil rich in omega-3, fresh organic veggies, lentils and then again with Korean food.

The diet that Caused Acne (During the Dormitory Living)

Curries are extremely oily with little vegetable in it

Hormone-treated broiler eggs and chicken are supplied in curry from

No desserts are given

Yogurt (made from buffalo milk)

The Diet that Cured Acne (Living at Home)

1 tsp of raw fenugreek powder with water before sleep 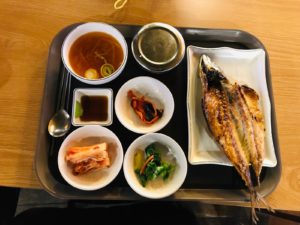 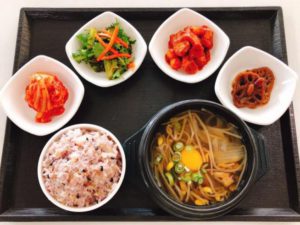 The swap of diet banished her blemishes and got her healthful skin back. This is the simple reason she says “Diet is the cause and cure of acne”. Wrong food causes acne to break out and right food makes you a pimple free presenting you back with your healthy skin.

It is a happy and fulfilling reversal which she is been rejoicing now.  But remember everyone’s skin, body, and biology is different and you might not get the same effect. We would love to hear about your experience.
Per her “Diet can be the cause and cure for Acne”.